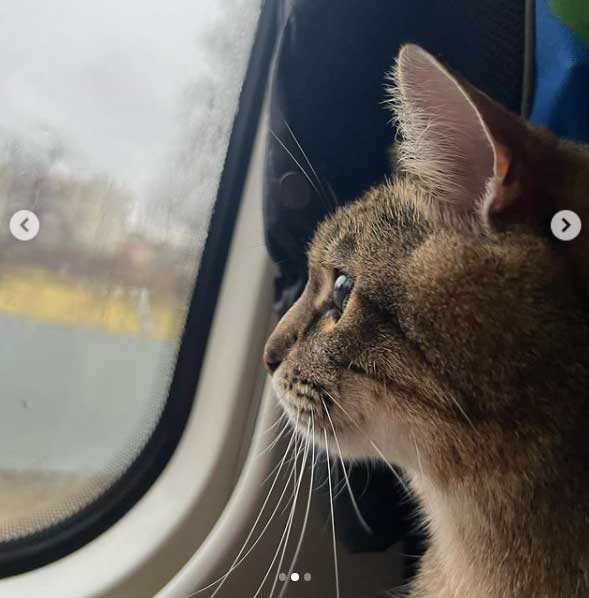 Stepan the Ukrainian cat, known for his pawsome cocktail parties and deadpan stunning good looks, has gained even more worldwide notoriety than usual and for good reason. He recently escaped the Ukrainian city of Kharkiv after Russian forces bombed the hell out of his city. After a couple of weeks of silence, his followers on Instagram and TikTok became worried that something bad had happened to him and his humans.

Well after a couple of weeks his followers fears were laid to rest when he posted on Instagram an update to his status. Seems he was able to escape to France with the help of a group of influencers called, the World Influence and Bloggers Association. They helped Stephan and his humans reach a safehouse the organization rented for them in France. They can stay there for as long as they need. Stephan lives with his owner Anna and her two sons. Lets all breath a sigh of relief because Stephan and his humans are safe. Follow Stepan on Instagram and to find out how you can help this family in their time of need.

CoolKittyCondos is a cat lifestyle site dedicated to enhancing the physical and mental well being of our feline friends.

Back to work everybody!

After a nearly 2 year layoff CoolKittyCondos is back! We’re hard at work getting the site ...

Another September, another Happy Cat Month. What? You didn’t know September is Happy Cat ...

Turning Your Love of Cats Into a Profitable Business